Home > Understanding > What is an Aneurysm?

What is an Aneurysm? 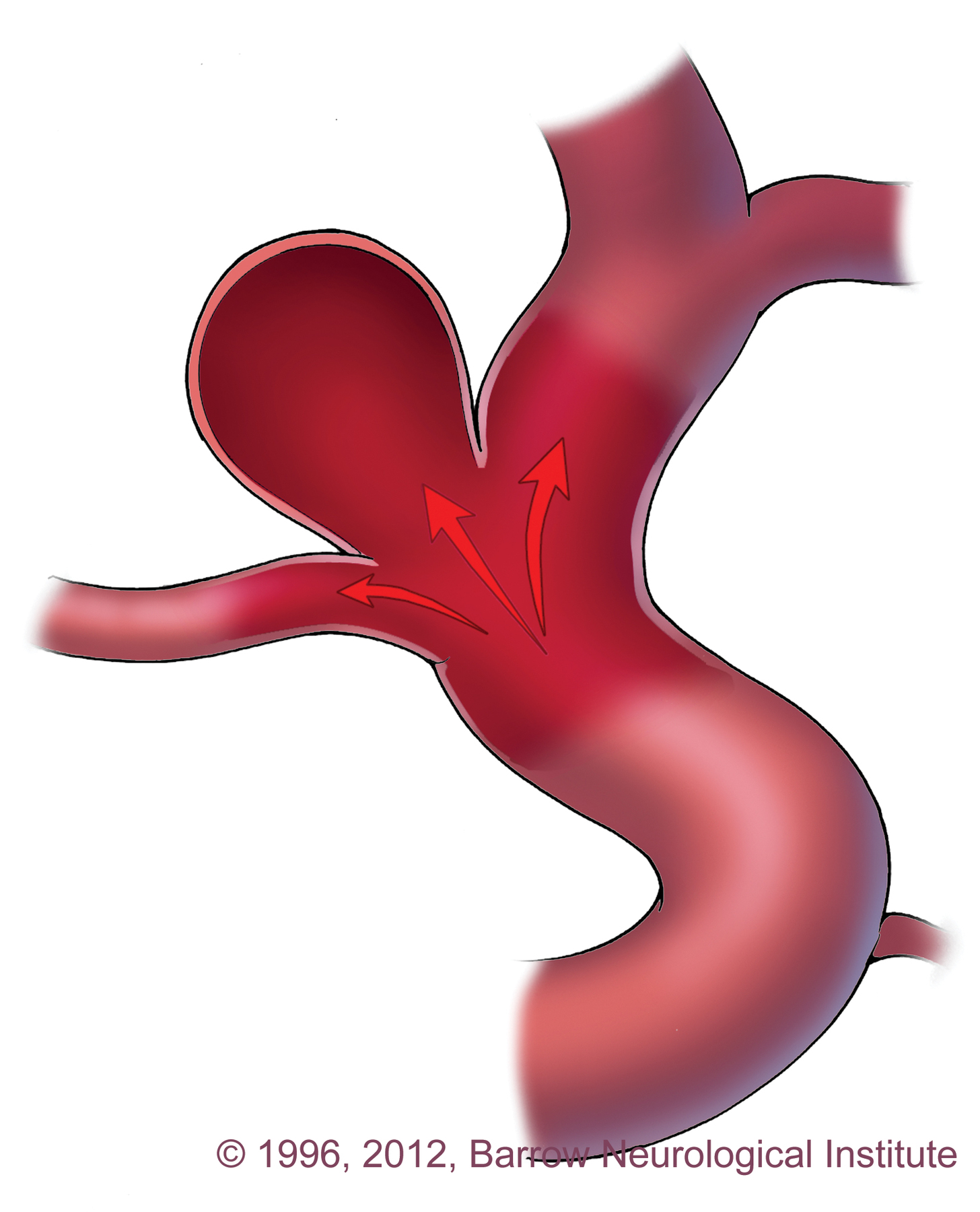 A cerebral aneurysm (also known as an intracranial or intracerebral aneurysm) is an abnormal, weak spot on a blood vessel wall that causes an outward bulging, likened to a bubble.  The bulging aneurysm can put pressure on a nerve or surrounding brain tissue.  It may also leak or rupture, spilling blood into the surrounding tissue (called a hemorrhage).  Some cerebral aneurysms, particularly those that are very small, do not bleed or cause other problems.  Cerebral aneurysms can occur anywhere in the brain, but most are located along a loop of arteries that run between the underside of the brain and the base of the skull, known as the Circle of Willis.

These weak spots can involve all walls of the blood vessel (a fusiform aneurysm), form a bulge on just one wall (saccular) or separate the vessel walls (dissecting).  An aneurysm can affect any vessel in the body but only those in the head can cause a hemorrhagic stroke, a serious medical condition which when ruptured can lead to brain damage and death.

Aneurysms are an uncommon disorder of the blood vessels that affects approximately six percent of the United States population.  In total, approximately 30,000 aneurysm ruptures (known as intracranial hemorrhages) occur each year.  On average, aneurysms are more common in females than in males, and 20 percent of patients suffer multiple (two or more) aneurysms.  The average age of individuals affected by aneurysms is 40-60 years old, and the most significant risk factors are cigarette smoking and family history of aneurysms. 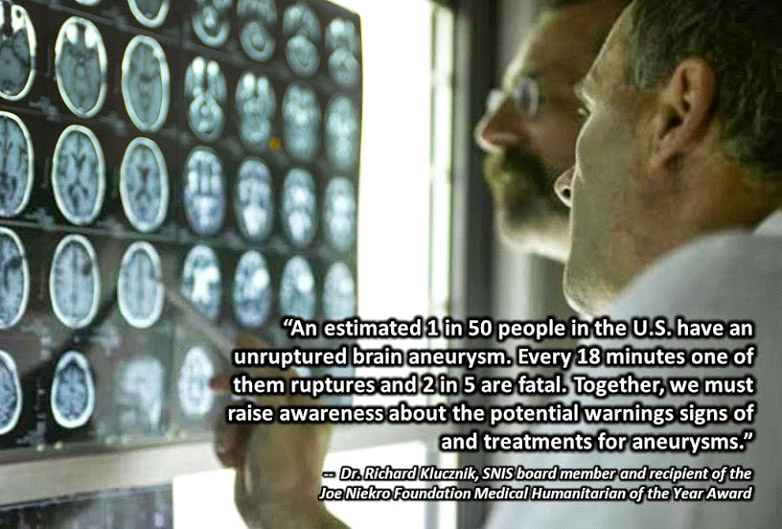