“Anger, if not restrained, is frequently more hurtful to us than the injury that provokes it.” ― Lucius Annaeus Seneca 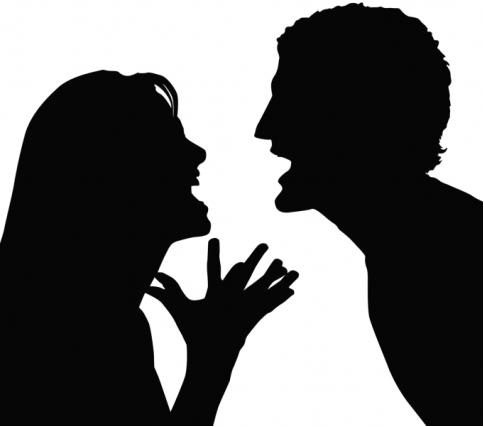 After a Brain Aneurysm/AVM/Hemorrhagic Stroke, survivors and family members say one of the most difficult emotions to handle is anger and frustration. Most survivors would describe themselves as having a personality change or a lack of impulse control due to anger. Anger will weaken your ability to solve problems effectively, handle changes, make good decisions and get along with others. Many survivors state they feel angry more often, get angry more quickly, and have more issues controlling their anger than they did before the Brain Aneurysm/AVM/Hemorrhagic Stroke. People are willing to accept that a head injury can change your thoughts and memories, but have difficulty understanding that it also changes your emotions.

There are several reasons why survivors may have difficulty managing anger effectively. Some develop impulsive anger as a direct effect of the damage to the frontal lobe of the brain. In other words, the parts of the brain that normally inhibit anger feelings and behavior have been damaged and do not do their jobs well. Rage, fear and sexual feelings all come from the middle section of our brain, which is considered to be the primitive emotional area. The frontal lobes of the brain help plan and control behavior and are involved in saying “NO”. So the frontal lobes and the primitive parts of the brain act like a balance scale to one another. If the “NO” part of the system isn’t working well, the primitive functions tend to be more prominent. This means the threshold to anger is much lower and becomes aroused easily or intensely. It is important to understand that the survivor has lost some degree of control over emotional responses.

Other reasons survivors might have a difficult time handling anger is due to the many issues that arise after having a Brain Aneurysm/AVM/Hemorrhagic Stroke. Frustrations start to develop when realization sets in about capabilities/disabilities, loss of a job, financial problems, the loss of friendships, the inability to participate in activities they once previously enjoyed and the overall control of their life. It is not uncommon for a survivor to express anger in an attempt to regain control over their lives. Every time a person encounters a reminder of the things that have been lost and feels the impact of that loss as a result of the injury, it is natural for them to become upset, angry, resentful, distressed or all these emotions. After having a Brain Aneurysm/AVM/Hemorrhagic Stroke, many survivors encounter a number of problems they do not know how to resolve, leaving them with feelings of hopelessness. Survivors often say their family members and friends don’t understand them or the circumstances they are experiencing.   As a result, they tend to demonstrate their anger in the following ways:

Have you ever noticed that the word “anger” sits inside the word “danger”? Anger can be dangerous if not released in a healthy way. In fact, anger can:

Your best bet is to begin to recognize when and why you are getting angry to avoid losing your temper. Learning to manage anger and frustration can enhance emotional well-being and lead to a healthier, happier life. By recognizing when anger is setting in or what is causing the anger, you can find constructive ways to channel it. We’ve created a “SIMPLE” technique as a way to express that anger in a healthy manor.

(S)  Stick to the issue
(I)  Identify the source of anger
(M) Make concessions
(P)  Plan on avoiding situations where there is high risk of aggravation
(L)  Leave the situation, if possible
(E)  Explain to another person how they can be of help to solve the problem

After trying the SIMPLE technique, ask yourself these questions:

Recognize that you have the power to control your emotions. Speak calmly and take a time out if needed. Doing these SIMPLE things will make the biggest difference in your internal anger and how that is represented on the outside.

“Speak when you are angry and you will make the best speech you will ever regret.” ― Ambrose Bierce

It is part of human nature to grieve when we lose something, not just when someone passes away, but when we suffer an illness or life altering injury. We try and find reasons for our losses.   One part of a grief reaction is anger and finding a handy target to blame for our losses.   Survivors can work through this stage and cope with anger more effectively by talking out their feelings to a trusted and understanding individual. Anger is a common issue following a Brain Aneurysm/AVM/Hemorrhagic Stroke. Unfortunately, frustrations are a reality of life, but how you decide to handle them can make all the difference. Survivors have the ability to choose their path to recovery, so ask yourself this: