“Nothing good comes out of depression.” ― Kay Redfield Jamison 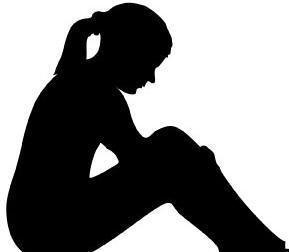 Depression can be more than feeling sad. It is normal for someone who has had a Brain Aneurysm/AVM/Hemorrhagic Stroke to feel saddened by the problems caused by these conditions. For some survivors, feelings of sadness can extend beyond the normal.

“That’s the thing about depression: A human being can survive almost anything, as long as she sees the end in sight. But depression is so insidious, and it compounds daily, that it’s impossible to ever see the end.”― Elizabeth Wurtzel

Having depression after a Brain Aneurysm/AVM/Hemorrhagic Stroke is a painful and emotional experience, but it also compounds many of the challenges patients face afterwards. Depression is an important problem due to its effects on health, productivity and quality of life. Depression can interfere with an individual’s ability to achieve rehabilitation goals and reach long-term independence.

Effects Depression Can Cause in Brain Aneurysm/AVM/Hemorrhagic Stroke Patients:

Many different factors contribute to depression after having a Brain Aneurysm/AVM/Hemorrhagic Stroke; and these vary a great deal from person to person. In fact, even the level of depression will vary depending on how significant the injury was. Some survivors can have problems adjusting to their new “changed” lives as they become more aware of the issues or deficits they are living with. As their insight to their condition grows, they are more likely to become irritable, anxious or easily frustrated. Emotional and behavioral changes make it difficult for survivors to get along with others and put strains on personal relationships.

“There are wounds that never show on the body that are deeper and more hurtful than anything that bleeds.” ― Laurell K. Hamilton

Physical changes occur in the brain after an injury – Depression may result from injury to the areas of the brain that control emotions. Changes in the levels of certain natural chemicals in the brain, called neurotransmitters, can cause depression.

Emotional response to injury – Depression can arise as a survivor adjusts to living with a disability or starts to grieve for their life once lived before the Brain Aneurysm/AVM/Hemorrhagic Stroke.  Patients will have emotional reactions to their physical issues, loss of friends, reduced activities or poorer health. A patient may be grappling with questions such as “why is this happening to me?” or “how can I cope with a downward spiral in my ability to function?” and “what will happen to my family if I can no longer take care of them anymore?”

Factors unrelated to injury – Some people have a higher risk for depression due to inherited genes, personal or family history and other influences that were present before the brain injury.

It is important to realize that there are different kinds of depression and that no symptom of depression should be taken lightly. Of particular concern is a type called “major depression” and is characterized with symptoms more intense or severe. Individuals with major depression may think about suicide, have a plan for suicide or successfully complete suicide

Individuals who have seizures as a medical consequence of a traumatic brain injury are at risk for developing depression. A seizure occurs when there is a temporary electrical imbalance in the brain. A person having a seizure can experience uncontrollable body movements, heightened or decreased sensations and varying levels of awareness. Survivors with seizures will report that they feel fearful about the uncertainty of having a seizure. These individuals experience greater amounts of depression, anxiety, and low self-esteem than that of the general population.

Depression after having a Brain Aneurysm/AVM/Hemorrhagic Stroke is not just a difficult and painful emotional experience, but it compounds many of the challenges survivors face afterwards. Not all brain aneurysm patients are alike; depression symptoms and symptoms of a brain injury (deficits) can appear separately and at different times. The symptoms of depression and a brain injury can appear to mirror one another. The symptoms can overlap and be complex, making them difficult for some doctors to distinguish. Not all patients may link their symptoms to a brain injury or recognize what they are experiencing. Such as, “is it common for brain aneurysm survivors to feel fatigued easily and have a much more difficult time concentrating?” Depression will compound these issues and problems. Patients with both a brain injury and depression have greater difficulties in cognitive skills. This can lead to problems in rehabilitation because the ability to think and concentrate is essential to learn new skills, make decisions and solve problems.

“Depression is a prison where you are both the suffering prisoner and the cruel jailer.” ― Dorothy Rowe

A brain injury is an invisible injury and depression is one of the many invisible disorders in which recovery can be further threatened. Having a Brain Aneurysm/AVM/Hemorrhagic Stroke can be devastating to a person’s life and when adding depression, the recovery process can be further hindered. It is important that survivors and caretakers remain vigilant about the possibility of depression, as well as committed to taking steps to treat it if it should arise. If you have symptoms of depression, it is important to seek professional help as soon as possible, preferably with a health care provider who is familiar with brain injuries. Family members, friends and caregivers of Brain Aneurysm/AVM/Hemorrhagic Stroke survivors should monitor their loved ones for signs of depression. Depression symptoms should be discussed with a physician or healthcare provider and you should ask for a referral to a neuro-psychologist who specializes in treating depression in brain injury patients. Other properly trained professionals include psychiatrists, psychologists or social workers. Depression is a medical problem and it is best to get treatment early to prevent needless suffering and worsening symptoms. By accepting depression as just another obstacle to overcome in the road to rehabilitation, much of the fear and stigma surrounding this condition will be removed.